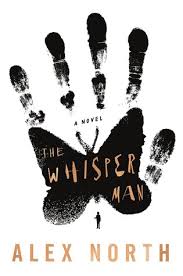 An accomplished debut that had me completely caught up in the events described.

A small child with an imaginary friend who begins to talk about the boy under the floor. An unknown man believing he’s doing the right thing by the children he’s taking. A police officer intent on making up for what they see as the mistakes of the past. A terrifying set of circumstances that draw a group of people together. This book had so many elements that combined to form a compelling read.

In the small town of Featherbank everyone has heard the rumours of The Whisper Man. All small children know not to leave their doors open, and stories of children hearing whispers outside their windows are common. Yet the man behind these rumours was caught and imprisoned, having admitted to the murders of five children.

When we learn that widowed Tom Kennedy has decided to move to Featherbank with his son, Jake, it’s pretty obvious that things are not going to be quite what he’d hoped. And opening with the description of a young child being abducted sets us up for the idea that, perhaps, The Whisper Man had an accomplice. The moment when Jake starts to talk about hearing voices there was an awful sense of inevitability to this story.

Thankfully, the details of the crimes against the children were not recounted in graphic detail. However, there was a fair amount of graphic violence, and the psychological focus was intense.

Early on in the story I had my doubts as to well this mood could be sustained. I needn’t have been. Throughout I was double-checking details and trying to test theories.

A huge thank you to NetGalley for allowing me to read this prior to publication, and it’s already been recommended to a number of friends.