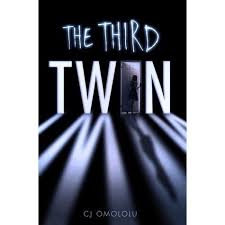 This took a little while to get going then went haywire.

Lexi has always thought of herself as serious, focused and rather dull. She’s set on studying business at Stanford. So, when we learn that she and her twin sister, Ava, have an alter-ego they use when they want to cut loose it comes as a bit of a surprise. Alicia is someone who likes to party, and who does crazy things just for fun.

Though Lexi dislikes the way this often ends up, she recognises that playing at being someone else can free her to be a little more adventurous than normal. However, when a boy she meets up with one night is then killed things start to seem less fun.

Somehow, without really quite knowing how we got to this point, two more boys end up dead. The only link being their dates with Alicia. Lexi doesn’t want to believe it, but could her sister really be a killer?

From the moment of the third murder we are plunged into crazy territory. The sisters are on the run from the police, wanted for murder and nobody trusts the other. Then we get a true humdinger of a revelation that makes little sense, but definitely ties up a few loose ends.

A bit like Pretty Little Liars it’s implausible, highly exaggerated and yet quite good fun.