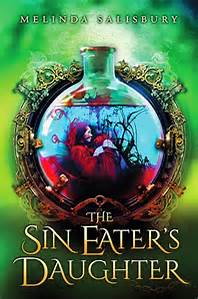 Having read a rather scathing review of this, I admit to starting it with some trepidation.

Twylla is the Sin Eater’s Daughter, relied upon by her villagers to absolve them of their sins. Early in life she is taken to the castle and told that her role in life is to fulfil the wishes of the gods.

According to those she interacts with, Twylla can kill with a poisoned touch. She is chosen to marry the Prince, but the appearance of farmer boy Lief throws this into question.

Unfortunately, for large parts of the novel Twylla does nothing. She worries about everything but never actually takes any action.

I was annoyed by the epilogue as its ambiguity made little sense. Not one of my most enjoyable reads Ii have to say.