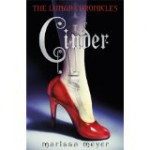 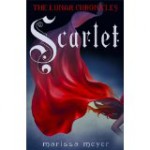 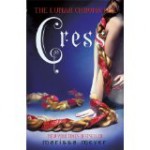 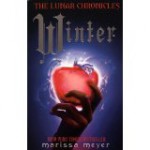 For anyone who hasn’t yet heard of this series, it is a real treat. The link to fairytales might seem like an unappealing idea for modern teenagers, but the contemporary twist transports this series to a great place.

In the first of the series – ‘Cinder’ – we are introduced to the cyborg Cinder. A gifted mechanic, she relies on her interest to earn money for her wicked stepmother. When Prince Kai brings a broken robot to her, Cinder learns more than she is meant to know. This is a complex world where there’s a lot to explain, and some elements are more easy to take on than others. There’s a rather inevitable love element to the novel, but I felt the conflict that Cinder experiences between duty and desire was perfect for taking this out of the zone of the ordinary teen romance.

When I started reading the second in the series – ‘Scarlet’ – I was a little confused by the introduction of a completely new character. Scarlet is determined to find out what has happened to her grandmother, but she is forced to rely on the help of Wolf – not the most obvious contender for the role. Her story becomes intertwined with that of Cinder, and this was an absorbing read. In this novel we learn more of the character of the Lunar Queen Levana, who is determined to do whatever it takes to get Prince Kai to agree to a marriage.

Moving into the third of the series – ‘Cress’ – we are hit with a stunning revelation about Cinder’s heritage. Cinder is now a fugitive, alongside the amusing Captain Thorne, and she has to try to save the world from Queen Levana’s plans now that Kai is Emperor. They have to rely on Cress, a girl who has been forced to live alone since early childhood using her hacking skills to do whatever Queen Levana asks her to. There was a lot going on in this one, and it didn’t always make a lot of sense.

I was uncertain whether to jump straight into ‘Winter’ or leave it awhile as I’d not really enjoyed the third in the series all that much. I’m so glad I didn’t leave it, as this made a fitting end to the series. With Cinder fighting to take her rightful place as Queen, introducing the character of Winter, Levana’s beautiful step-daughter, was a brave one. Much as I have loved the character of Cinder, I was really drawn to this new character and her relationship with Jacin. I even found myself feeling some sympathy for Levana by the end of the novel!

While the sheer size of these novels might be off-putting to less keen readers, I think the story is full of action and has a great cast of characters. I do wonder how long it will be until this is turned into a movie franchise!