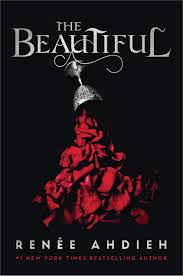 Thank you to NetGalley for granting me access to this prior to its publication in October 2019.

When we first meet Celine she is on her way to America having fled France. We learn she killed a man who tried to rape her, and she is desperate for a fresh start. Her journey is quite uneventful, but she befriends a couple of girls that go with her to live in a convent.

Upon their arrival in New Orleans Celine cannot help but feel she has come home. She loves the vibrancy of her new home, but there is a definite sense of threat – made worse by the murder of a young girl soon after their arrival.

There’s no doubt that Celine is not your stereotypical young lady. She’s happy to defy conventions, but this does lead her into rather difficult circumstances.

The majority of the story focuses on the mysterious Sebastian who has a group of very close friends that don’t seem quite human. Celine is in turn entranced and infuriated by Bastian – so it’s inevitable there’s a spin-out hint of a romance.

There’s some interesting ideas here, but there’s a lot that seems to work against the story. We’re never given enough information about the two groups to explain the dynamics between them. We know they’re vampires, yet there’s little detail about quite how this group works. Someone close commits a pretty awful act of betrayal, yet we don’t really get to know why. There’s also a hint of someone thought dead actually being part of this, but we know so little about them it would have been easy to ignore the significance.

This is not a book that I found hard to read or unexciting, but there were a lot of unanswered questions which I found infuriating.