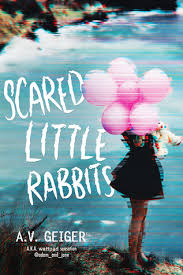 Nora has yearned for her opportunity to get involved in the Winthrop Academy summer program. She has the opportunity to show her coding knowledge, but little does she know that this is going to be the kind of experience nobody could predict.

In spite of her lack of social presence, Nora finds herself caught up in new relationships. She develops a huge crush on a fellow student called Maddox and thinks the feeling might be mutual, but Maddox seems to have a complicated relationship with Eleanor Winthrop.

We immediately work out that something odd is happening, but characters throw us off-track with alarming regularity. There’s hints of problems between a number of characters and there are always going to be problems with keeping tabs on people who are skilled at finding their way round security protocol.

It’s hard to imagine someone so capable would find themselves caught up in such a mess. However, it’s not completely implausible. The resolution did throw things up in the air a little, though in light of the whole story you are given some clues.