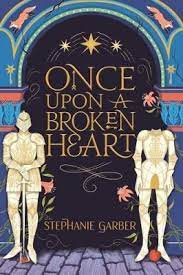 Due for release in September 2021, I have to thank the publishers and NetGalley for allowing me to read this in advance of publication in exchange for my honest thoughts.

I adored the first two books in the Caraval series, and though the final brought some closure it didn’t work as successfully for me. This book features some of the characters that will be familiar to readers of Caraval (and though I think this could standalone, it offers more insight into the actions of some of the characters) and immerses us in another magical world where characters are pushed to their limits in order to define themselves.

Our main character is Evangeline Fox, who believes herself to be in love with childhood friend Luc. She is reeling from the sudden change of heart he appears to have had, and now he is about to marry her stepsister Evangeline wants to find a way to stop events that she believes shouldn’t be happening. So she strikes a bargain with Jacks…

Things do not go as expected. Suddenly the wedding party is turned to stone and Evangeline finds herself in a rather unusual situation. Without hesitation she sacrifices herself, so this is the kind of world that rewards selflessness…and then pitches her into the kind of scenario straight from Grimm’s fairytales.

We learn that Evangeline is sent up North, where she becomes betrothed to Prince Apollo. We know early on that manipulations are at play, but we’re not told the full extent. What we do learn is that many – Jacks included – believe Evangeline to be a crucial part of a long-believed prophesy.

The story focuses on the magic and machinations of those who desire something. Few are exactly as they seem, and it becomes a puzzle for Evangeline to work through. There’s plenty of hints as to what could happen, and we end on a sweet high…happy that some elements have been resolved, but sensing that Evangeline’s ordeal is far from over.