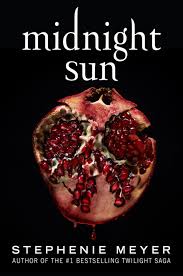 Twilight from Edward’s view…yes, at the time, I read the leaked version that made its way on-line and, yes, at the time I thought it seemed a little pointless. When this project seemed to be shelved, life went on and I didn’t think of it again…until we got the news it was releasing this summer. No matter what I thought of it, I knew I’d read this because it counted as unfinished business and my curiosity would win out.

The first thing to make clear is, as so many point out, this is over-the-top, riddled with cringe-worthy similes and there’s still very little to make Bella a particularly endearing character. I have to say I expected this. The second thing to comment on is the story is the same. We know what’s going to happen and it really is a step-by-step rehash of the story we already know, so there’s little added for us. Again, no surprises.

What we did get with this story from Edward’s view was an attempt to poke beneath the surface of what still seems a very odd and unhealthy relationship. I actually found myself liking some of the big scenes coming from this perspective – things were fleshed out and it was easy to see why events were organised as they were. Learning a little more about the Cullens and their backgrounds was good. Some will kill me for saying it, but I also liked the fact there was surprisingly little focus on Jacob and the wolves. My only concern now is the somewhat cynical fear that we’re now going to get another book…this time telling us Jacob’s story. I truly hope not, as I feel this would be too much and definitely exploiting all those readers (myself included) who probably could have done without this but who read it for the nostalgia fix.