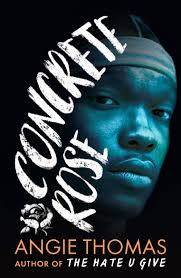 In the latest (I think, inevitable, bestseller) novel from Angie Thomas we focus on the early life of Star’s father, Maverick.

Set seventeen years before the events focusing on Star’s story we get to see Maverick Carter as a seventeen year old. From the outset we see glimpses of the man Maverick becomes, but we also get an insight into just how hard he had to fight to get to that stage.

The story feels familiar, knowing some of the details that are referenced in The Hate U Give. We watch Maverick dealing with the reality of becoming a father; the issues he faces each day with a father in prison; the expectations placed upon by him by others; his relationship with Lisa; school and work.

While I can’t begin to claim to understand his experiences, Thomas writes about them in a way that encourages you to empathise with him and the many like him. There’s some great characters ‘behind the scenes’ in his mum and Mr Wyatt, the mentor-like figure who helps him see his own worth. Of course there are some characters that it might be nice to hear a little more about but we see enough.

I did feel that some of the incidents/events were quite easy to predict, but I’m not sure how much of that is because they’re referenced in the later book or because these events are the fairly obvious ones for certain characters. Regardless, I liked the way we see Maverick grapple with his own shortcomings and prejudices as he starts his journey to where we’ve first seen him.