Sometimes a book comes along that makes you want to grab strangers in the street, thrust it under their noses and urge them to read it. This was one of those books.

‘Lies We Tell Ourselves’ is featured on the Carnegie 2016 Short-list, and deservedly so. It tells the story of Sarah, one of the first black students to be enrolled in the all-white Jefferson High. While the details are fictionalised, they are heavily rooted in fact and this, for me, was what gave the book its main impact. Reading about the traumas faced by the students enrolled on a daily basis was deeply disturbing – and it really makes the reader question their beliefs and attitudes.

Upon first finishing the book I was awash with emotion. My initial thoughts veered between disgust, frustration, anger, respect and outrage. Talley highlighted just how amazing what some people go through to experience a basic human right is. As I read I felt more than little ashamed to be part of a cultural group that could ever think this kind of behaviour is acceptable.

Alongside the issue of racism, the story also focuses on the emotional impact on both female characters of coming to terms with their sexuality in a deeply religious context. Sarah was, for me, the stronger of the two main female characters. From the first time we see her trying to get into school to the day she leaves she shows compassion, intelligence and bravery. However, Linda was the character who seemed to grow and develop as she is challenged to question everything she has believed to be the truth.
Such an important book, in so many ways. I feel honoured to have read it.

So…the results have been announced.

The short-listed titles are:

An interesting selection, and definitely something for everyone on this list. Given the success of ‘The Lie Tree’ in the Costa Awards earlier this year, I’ll be interested to see how this fares in the process.

I have to admit to finding one or two of the novels on this list less interesting than others (it’s always the way), and I’m disappointed that one or two of my favourites from the long-list didn’t make it on here. Though you’ll find individual reviews for each book on my site, I think that Sarah Crossan’s touching verse about conjoined twins, Francis Hardinge’s bold exploration of attitudes to truth and women in science and Nick Lake’s intriguing exploration of identity are likely to be the ones battling it out. Our Shadowing group was totally wrong with the 2015 winner, so we’ll have to wait and see this year… 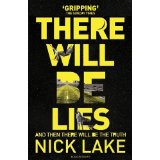 The cover for this novel, which I picked up because it’s on the CILIP Carnegie 2016 Long-list, gives little away. It suggests the importance of truth to the story, and the images used are somewhat confusing. My response to the cover pretty much sums up my response to this novel.

Shelby is nearly eighteen, but is treated in many ways like a much smaller child by her mother. The reasons for this become clear later.

As I progressed through the story, I found myself wanting to know more about the predicament Shelby finds herself in. The main thread of the story is intertwined with unusual elements that draw on Native American stories/ideas. These were interesting, though I found it disconcerting initially as it tended to distract from the developments within the key story.

For me the main theme of the novel was about the lies people tell, and how we reconcile ourselves to their consequences. An unusual coming-of-age story. 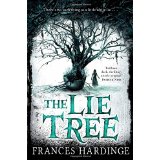