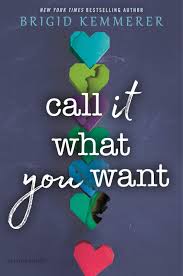 A tough lesson to learn here for so many characters.

Maegan was caught cheating on her SATs last year, and now spends her school day being ignored by people. Rob was the star lacrosse player, but is now ostracised because his father stole money from many people in the town.

Both teens are struggling to deal with their circumstances. They have to accept what others dole out to them. Rob can’t tell anyone about how his life has changed after his father tried to kill himself. Maegan has to keep the secret that her sister has left college as she’s pregnant with her tutor’s child.

When they’re paired for a calculus project, Rob and Maegan start a tentative friendship. Slowly, and falteringly, they break down some of their self-imposed barriers.

This was a thought-provoking and emotional read. Highly recommended.