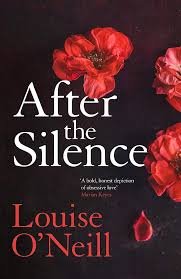 A somewhat puzzling read from Louise O’Neill here, but I think that’s because I was expecting the focus to be more on the mystery.

Keelin Kinsella is a local girl, who has a seemingly successful second marriage to Henry. They are wealthy, and renowned for their shows of wealth. Locals on the island have never fully accepted Henry, and when one of the young triplets feted on the island is found dead after a wild party at the Kinsella’s people assume the hosts were involved. Ten years on, nobody has been charged with her death. People talk. Someone knows what happened, but it seems to be a mystery that will remain unsolved.

A couple of documentary makers come to visit the island and see if they can unearth new evidence. At the request of her husband Keelin befriends them and tries to influence the picture given. Of course we want to know why, and what she’s hiding.

While I spent a fairly substantial part of the book waiting to learn the truth about this event, it was evident that the focus was on those involved and uncovering the truth of their reality. From the relationship between Henry and Keelin and the details of their past, it was clear that this was not a healthy relationship. O’Neill deftly explores the reality of domestic violence and the ways in which those affected by it might respond/reflect on it.

When we eventually got to the uncovering of the evening in question, I had suspected that our obvious candidate was not the one responsible. It was evident that a number of those at the party knew the truth and chose to cover it up. However they justify their actions, there was a part of me that was so disgusted by the behaviour/attitude shown by certain characters that I was rather disappointed when we learned the truth.

Thanks to NetGalley for letting me read this in advance of publication. It certainly gave me food for thought.