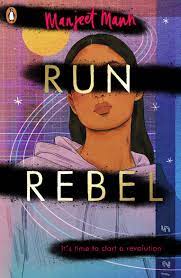 A fascinating exploration of some affecting issues. Though tackling highly charged subjects, there is a sense of hope radiating through the core of Run, Rebel that fills the reader with confidence.

Told in verse, it was no surprise to see Mann referencing Elizabeth Acevedo and Poet X, amongst others. Every word of this felt special, and I really hope it is a book that those shadowing the 2021 Carnegie Awards take to their hearts.

Our main character is Amber. A teenager on the cusp of adulthood she is a talented runner, amongst the best in the country at her distance, and the world should be full of possibilities. But she is trapped, and in real danger of losing herself.

Amber’s biggest issue is her alcoholic father, and the grip of terror he holds on her family. She has already lost her older sister to an arranged marriage. He beats her mother, and as a young woman she is expected to conform to her father’s expectations in order to maintain her family’s honour.

Following Amber’s train of thought we are privileged to see her reaction to the demands placed on her. We come to understand her desires, and we travel with her on the journey to gain the freedom so many of us take for granted.

While her father was a deeply unsympathetic character, it was interesting that Amber’s complex feelings towards him were explored fully. The characters of best friend Tara, the PE teacher who quietly has Amber’s back and her mother were interesting – they each played their role in Amber’s story and offered a wider context to Amber’s situation.

I really liked the structure to the story too – focusing on the different stages of rebellion offered a clear framework to the stages of Amber’s journey, but allowed us to recognise the vital steps that make up such a seemingly minor step. 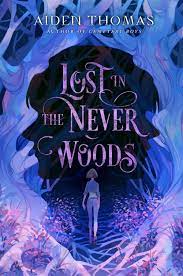 Lost in the Never Woods takes something we see as familiar and offers us a distorted version of that world.

It’s been years since Wendy Darling and her brothers went missing in the woods near their home. Wendy returned, with no memory of what happened in the time she was away, and since then she experiences crippling anxiety whenever she thinks of the woods.

A fairly regular teen, Wendy volunteers at the local hospital. She loves telling stories to the kids, and her stories often feature the irrepressible Peter Pan and tales of his daring. Recently she’s been obsessively drawing images of a young boy, Peter, and a tree.

On her way home one night Wendy almost runs over a boy. There’s an immediate attraction on her part…and when it’s clear that he knows her name, Wendy begins to think that perhaps Peter Pan is not the boy of her dreams. He exists, and he says he needs her help.

What follows is strange.

Slowly, Wendy and Peter risk everything in their quest to find the missing children and restore order to Peter’s Neverland.

This is a coming of age story with a pinch of magic. For those who dream… 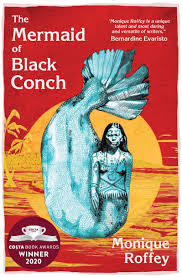 For such a slim volume this novel holds so much within its pages. A fascinating insight into the lives of those who make their home on the small Caribbean island of Black Conch, a heartfelt romance and a tender exploration of women and their relationships with one another.
The story focuses on the inhabitants of Black Conch in the summer of 1976 when some of them are involved in the capture of a mermaid. Naturally superstitious, the islanders have their reservations about interfering with such a powerful creature. For them the sea holds power and they are wary of what the capture of the mermaid could mean for them. For the white men who chartered the boat which captured the mermaid this is a money-making opportunity.
The opening scenes focus on the capture of the mermaid. Exhilarating in the power depicted, yet from the outset there is a sense of unease about what has taken place.
Daniel, a young man living on the island, determines to rescue the mermaid and return her to sea. Things don’t quite go to plan and she ends up in an old tub in his home. He watches over her, determined to help her escape. Over time he feeds her and watches, astounded, as she turns into a woman. He falls in love with her and is in awe of her. Enlisting the help of Arcadia Rain, a white woman who owns a lot of land on Black Conch, he starts to teach her language and try to assimilate her into island life.
Perhaps inevitably, things don’t end up quite as we might hope. People are disappointed and there are old scores settled with Aycayia placed at the heart of events.
Quite a different read from my usual fare but I was absorbed in this world and found myself desperate to see how things would be resolved. 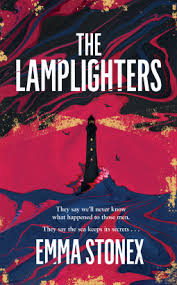 The Mystery of Flannan Isle is a poem that has always unsettled me. The idea of three men disappearing from a locked lighthouse, a table laid for an uneaten meal and two stopped clocks is unnerving. The remoteness of the lighthouse setting and the effect of such enforced loneliness seems the perfect make-up for something tragic. The knowledge that what happened might never be known means the story is ripe for imagining.

In The LampLighters Emma Stonex takes the bare bones of this story, transposes them to a remote Cornish setting and goes to town in allowing us to consider what might have taken place.

The mystery is definitely one you want answered, but (rather surprisingly) I’m not at all disappointed by the ambiguity of the ending. A myriad of possibilities are offered, all plausible, and it seems fitting that we remain unsure right to the end.

Stonex splits the narrative between the view of the keepers and their partners. We are given an insight into their lives before this unexplained tragedy and the effect of such an experience on those left behind. We learn the minutiae of life in such a remote setting, and the routines that are adopted to make such a life bearable. Along the way we also learn some less palatable truths about each of those involved in this story.

I end the story no closer to knowing what happened, but I found myself caught up in its telling. Thanks to NetGalley for granting me access to this prior to publication. 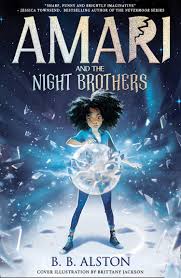 Amari and the Night Brothers is a book I’ve seen a few reviews on in the last few weeks, and though it’s firmly marketed as middle grade it will appeal to older readers too.

Our main character is Amari Peters, a young girl all too used to being judged because she comes from the wrong side of town. Her brother went missing and nobody has any idea whether he is alive or not, but Amari firmly believes that he was part of a secret organisation.

With our character set up, it doesn’t take long before we’re learning – along with Amari – of the existence of a whole new world. In this world, the supernatural and human co-exist and nobody has to hide their special skills.

Thanks to her brother Amari is offered a place at the summer camp run by the Bureau. Amari sees this as an opportunity to finally learn the truth about her brother-but first she has to master the challenges set if she is going to succeed in her mission to become a junior agent.

Learning about the Bureau of Supernatural Affairs at the same time as Amari was great fun. There was – I have to say – a very definite sense of being able to predict the general setting and character details, but though there was a sense of familiarity to the general details, there was a freshness to the specifics that completely won me over.

Amari is a quietly courageous character, a good friend and determined to see the best in people. She makes mistakes, but learns from them. She wants to help others and she has some of the best experiences (though they are pretty terrifying when you read them).

Having bought this for myself, I’ve just bought a physical copy to share with students in school and it’s on the list of bedtime stories to share with my ten year old. Loved it! 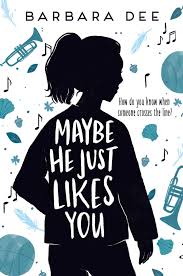 A timely read, and one I’ll be highly recommending to my students – male and female.

Our main character, Mila, is a student like so many others. Shy in some situations, self-conscious and keen to do the right thing. Very aware of how her peer relationships are changing, her experience will resonate with many readers.

One day Mila finds herself caught up in a situation that she is uncertain how to deal with. A group of her male classmates trick her into giving someone a birthday hug. Over subsequent days she finds the boys coming up with excuses to touch her. This makes her feel uncomfortable, but she worries about who she could talk to.

Her best friend Zara says it’s flirting. Others in their group suggest she should tell someone about it. They recognise it’s making her feel bad, but none of them are able to articulate what is happening.

Following events from Mila’s perspective allows us to identify with her and her reactions. It was fascinating to see how some of the characters reacted to events, and this is certainly a book that would make people pause awhile and consider what part they might play in encouraging all to feel comfortable in themselves and their environment. 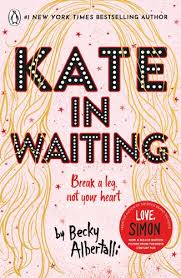 A huge presence and the kind of book you’ll read with a big grin on your face, even when things aren’t going well.

Our main characters are Kate Garfield and her best friend Anderson Walker. Friends for years they are known for their strange rituals, and their shared crushes. During their recent summer camp they’ve both developed a crush on the same boy, Matt.

From the off we’re plunged into their little world and their shared fondness for drama. There’s the expected cute friend moments, a bit of drama and a general sense of expectation.

As they wait to audition for their annual theatre production, a proverbial spanner is thrown into the works…crush Matt has transferred to their school.

Kate and Anderson vow not to let a crush derail their friendship. Sometimes the reality is quite different. Of course, though we see this from Kate’s view it is evident from fairly early on that she’s not the most observant of people and I was desperate to see if/when she’d open her eyes and see what was in front of her.

This is another Albertalli hit in the making, I’m sure, and I’m grateful I got the chance to read this before its scheduled April publication thanks to NetGalley. I’m not even that into theatre but still found myself captivated by this.