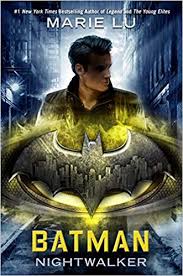 I was rather underwhelmed by Leigh Bardugo’s Wonder Woman and was wondering if this series was simply not going to be my thing. Thankfully, I found this to be a more engaging story – perhaps because it focused on the character of Bruce Wayne (and you can’t help but like a good back story for your superhero). There may be an element of familiarity for me as Batman was definitely more on my radar when younger than other characters in this series.

So, in this second in the series we follow young Bruce Wayne as he comes into his inheritance, plays with some fancy gadgets and gets caught up with the criminal gang known as the Nightwalkers.

In this instance, getting what you expect is totally what’s needed. The gadgets and the focus on the character felt spot on. I loved the dynamic between Bruce and Madeleine, and the fine line between good and bad felt perfectly placed. While you know that their relationship cannot ever come to anything, there’s a little part that wonders…what if?

I wasn’t quite sure where this would go, but this panned out well. I wasn’t wholly surprised by the revelation later (although I was too suspicious of a few characters) but that’s no bad thing. 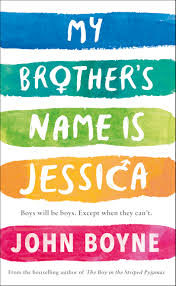 I’ve seen so much criticism surrounding this book, and I was in two minds about reading it.

I’d hate to accuse writers of jumping on a bandwagon, but there is a cynical part of me that wonders whether this seemed an opportune time to write a novel about an issue that is high-profile. Boyne’s comments at the end of the novel would suggest not, but it certainly raises points of concern for many readers.

The story is told through the eyes of Sam, a thirteen year old whose mother is a Member of Parliament, and how he feels when his elder brother, Jason, tells the family he is transgender. As a result, there’s a lot of stereotypical negative comments made that don’t really help anyone to gain understanding of the situation.

From the outset I felt that there was a rather outdated feel to this. Sam did not come across as representative of many thirteen year olds and their awareness of issues around gender. Some of the comments may be realistic, but perpetuating the clichés and insults is no way to go if you’re trying to raise awareness.

The parent figures were vile. Their initial comments and behaviours showed a total lack of empathy. Perhaps that’s the point, but I don’t think it really helps anyone to consider their standpoint if they only see one view.

A hard review to write and I may well edit this in the future.

To me this felt a little misguided, and I can’t help but think someone else has done it better.

Thanks to Sophia Bennett@Twitter for drawing my attention to a great review of this novel from the perspective of someone who has a little more understanding of the situation than I do:  https://frejawoolf.tumblr.com/post/184559813853/my-brothers-name-is-jessica-by-john-boyne-a

Nancy Drew for the modern era…and the kind of book that will have you desperate to solve crimes and right wrongs.

Pip is a model student, hard-working and resourceful. She’s also determined that in her little town someone has, literally, got away with murder.

Andie Bell and Sal Singh are names that everyone in the town knows. Andie was the good girl murdered by her jealous boyfriend, who then killed himself because of his guilt, denying family the chance to mourn Andie properly. Pip, however, recalls Sal and can’t reconcile the view of him she has with what people say about him. She is determined to find out what really happened and prove Sal’s innocence.

Nothing prepares her for what she uncovers in the course of her investigation. Her doggedness, however, makes for great reading.

Most people would run a mile at the situations Pip finds herself in. She seizes them and battles through some pretty scary stuff to show what really happened. The truth is far darker than you’d imagine.

Pip was foolish at times, but a great story and I’m grateful to NetGalley for allowing me access to this prior to publication. 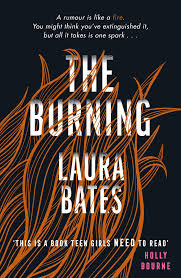 The Burning is one of those books that I think all teenagers, parents and teachers should be made to read as it covers such relevant and necessary material.

It tells the story of Anna Clark who has recently moved to Scotland following an awful experience at her old school involving cyber bullying and the sharing of an intimate picture. With her mother she’s determined to get a new start, but is it ever possible to escape your online presence?

Anna’s story is told alongside the story of Maggie Moran, a young woman accused of witchcraft when she refuses to lie about a nobleman raping her.

A rather bleak story in that we get to see throughout time women have been made to suffer for other’s thoughts and beliefs.

I would, personally, have liked to know a little more about what could happen after such an event. It’s still a relatively new phenomenon and one that everyone needs to stand up to.

It’ll be interesting to see how this stands the test of time, but it’s certainly an interesting thought-provoking read. Thank you to NetGalley for providing me with an advance copy to review. 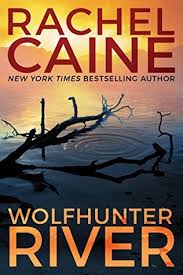 I was wondering how, with her husband dead, we would get another book out of this scenario…and it really is like a new story with the same characters (perhaps setting up options for more?).
This time round Gwen is struggling to keep a lid on things. She has been acquitted of any crime, but there are still people who are convinced of her guilt. Some of those people are very dangerous – they have money and the means to cause problems. She doesn’t want to leave Stillhouse but with a film-crew shadowing them, there’s potential for things to go very wrong.
The opening story doesn’t immediately seem relevant, and it takes some time before the pieces come together.
The family are healing, slowly, but things happen that cause flashbacks and serve as dangerous reminders of what they have endured.
When Gwen takes a call from a scared woman she sees it as nothing out of the ordinary. Then her daughter calls with the news that her mother is dead, and people are coming for her. As a witness to this (albeit over the phone), Gwen is asked to give a statement.
Heading to mysterious Wolfhunter it soon becomes clear that this town has its share of dark secrets and awful events. Gwen, Sam and the kids are soon caught up in an awful scenario that goes way beyond the worst things you can imagine.
Seriously odd and unpleasant, and this family really are being out through the wringer for our entertainment. When it’s this good, though, it’s fine.
Thank you to NetGalley for allowing me to read this in advance of publication in exchange for my honest review. 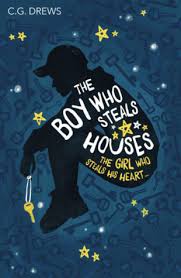 The Boy Who Steals Houses was a thoughtful read, which didn’t preach but made me so mad because of the events it described.
Sam is only fifteen. His mum left some years ago and his father is a violent man who regularly beats up Sam’s elder brother, Avery, because of his autism. We are told this back-story in fits and starts, and it is tough to take. Dumped on an aunt, the boys are beaten and vilified by an adult who really should know better. They slip through the cracks – because nobody cares enough to look – and end up running away.
We follow Sam as he drifts in and out of other people’s houses. He’s aware that what he’s doing is, technically, theft, but he is more keen to pocket a key from each place he enters so that he develops a feeling of security/of belonging somewhere.
One day he enters a home that feels like somewhere he could belong. It’s messy and yet there’s a sense of homeliness to it. When Sam ends up asleep upstairs when the family return, it’s the kind of unimaginable situation that you could only get away with in fiction. However, in this chaotic household, everyone seems to thinks am is a friend of someone else so he joins them. Over the course of a summer he stays with the De Lainey family and gets closer to Moxie, who has her own issues.
It’s clear from the beginning that Sam is hiding something. We don’t know exactly what, but guess it’s bad.
As Sam tries to run away from the events that have been building, things get a lot worse.
While this is pretty bleak, there’s a sense that Sam might – with care and hard work – make it to a better place. Much as I’d like to know, there’s something really nice about where we leave Sam at the end of this novel.
Thanks to NetGalley for allowing me to read this prior to publication. 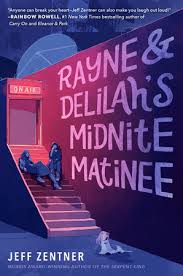 Delia and Josie…best friends…stars of their own rather odd TV show…rather off-the-wall characters, but they got under my skin.

The plot is not actually that appealing. We watch them preparing their show. Delia is struggling with being abandoned by her dad and Josie is under pressure to do something more purposeful with her life. Through a rather random meet, Josie gets a boyfriend. The girls want to meet with a well-known producer to try and boost their show, so the three go on a road trip. They come home and start moving on with their lives.

This is the kind of book that I’ll really struggle to tell people about, particularly if they’re all about the plot.

As I was reading I found myself really envious of the friendship between these two. They’re struggling with their own demons, but have the kind of friendship I’d bite your hand off for. Silly jokes and random conversations won’t appeal to everyone, but there was a genuine love of the quirkiness these two exude.

Progressing through the book there were moments that I felt detracted a little from events (the very surreal ‘meet’ and restaurant scene) but then there’d be these quite beautiful moments snuck in that made me pause, smile wryly and just feel as if Zentner got it (whatever it was).

Definitely won’t be everyone’s cup of tea but it blended humour and seriousness just right.

Thanks to NetGalley for letting me read this in advance of publication in exchange for my honest thoughts.