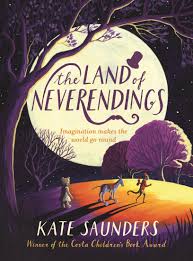 The stories I remember loving when I was younger were those where the real work exists in a shadowy form, and a more vibrant place becomes the reality for the characters.

In this charming story, Emily is coming to terms with the death of her sister. She misses her terribly, so when old toys start to come to life around her Emily is more than happy to investigate this world more carefully.

With the help of her older next door neighbour, Ruth (whose teenage son died unexpectedly), Emily tries to work out how to get to the world of Smockeroon and save the toys from the spread of unhappiness.

Definitely one I want to read with my youngest son, and I’m looking forward to seeing what he makes of it. 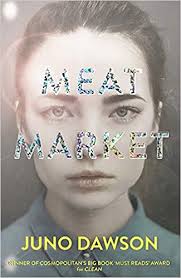 Jana Novak. For ages, known as the tall one that people thought could be a guy. Then she’s discovered at a theme park, and launched into the fashion industry.
Not simply told she has potential, she is seventeen and in the big time. She’s the name everyone wants.

We follow Jana through her first experiences, and really get under her skin. Slowly, we pick up warning signs that this industry is not quite as good a thing as people believe.

I wasn’t particularly interested in the fashion stuff, but really enjoyed reading Jana’s story – even the awful bits that just make you recoil at the way so many are complicit in some awful things.

Dawson creates a compelling character, and certainly picked an opportune time to explore some of these ideas.

Cat Winters is one of those authors who seems to delight in the macabre and unusual…I’ve enjoyed every one of the novels by her that I’ve written, and this is another hit in my mind.

Seventeen-year-old Edgar Poe counts down the days until he can escape his foster family—the wealthy Allans of Richmond, Virginia. He hungers for his upcoming life as a student at the prestigious new university, almost as much as he longs to marry his beloved Elmira Royster. However, on the brink of his departure, all his plans go awry when a macabre Muse named Lenore appears to him. Muses are frightful creatures that lead Artists down a path of ruin and disgrace, and no respectable person could possibly understand or accept them. But Lenore steps out of the shadows with one request: “Let them see me!”

Following the life of Edgar Allan Poe, this is clearly based on meticulous research but with a wonderfully macabre style that pays homage to Poe’s writing.

Poe at seventeen is about to head to university. He wants to write, but is discouraged by his foster father. Poe tries to ignore his dark muse, Lenore, but we see him struggle with his passions and interests as he adjusts to life as a student. Spiralling debts burden him and Poe cannot bear to abandon the one thing that gives him pleasure though it leaves him open to criticism.

For those familiar with his writing/life I imagine this will add another rich layer, but it’s a fascinating story regardless.

Thanks to NetGalley for allowing me access prior to publication and to Cat Winters for her quirky imaginative style being let loose on such a rich topic. 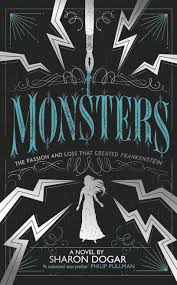 1814: Mary Godwin, the sixteen-year-old daughter of radical socialist and feminist writers, runs away with a dangerously charming young poet – Percy Bysshe Shelley. From there, the two young lovers travel a Europe in the throes of revolutionary change, through high and low society, tragedy and passion, where they will be drawn into the orbit of the mad and bad Lord Byron.
But Mary and Percy are not alone: they bring Jane, Mary’s young step-sister. And she knows the biggest secrets of them all . . .
Told from Mary and Jane’s perspectives, Monsters is a novel about radical ideas, rule-breaking love, dangerous Romantics, and the creation of the greatest Gothic novel of them all: Frankenstein

Thank you to NetGalley for providing me access to such a complex and fascinating read.

Some of the stories surrounding Frankenstein are well-known, and I admit to finding the book at its most absorbing when it focused on the events of this time. However, in this we have an imagined account of the life of Mary Goodwin, her lover Percy Bysshe Shelley and a character I’d never heard of – half-sister Jane/Claire.

Initially the book felt slow in approach. A meticulous and, at times, off-putting focus on the build-up to the relationship between these evidently fascinating characters. There’s a clear sense of the time and beliefs around these characters being brought to life. It was definitely interesting to see how their lives may have intertwined and linked.

While the story was fascinating, I found myself intensely irritated by Shelley and the selfishness with which he acted. The attempt to show his appeal and positive traits is clear, but it didn’t quite succeed. 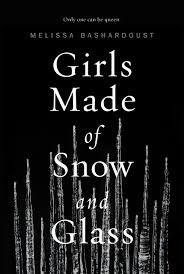 A feminist re-imagining of the Snow White tale and, though a little slow to draw us in, it was a beautifully told story.

We’re told this story from alternating perspectives – Mina (a girl whose heart is made of glass and who’s shunned by everyone because of her magician father) and Lynet (a princess made of snow who is destined to rule, but who wants nothing more than to be loved) – and this allows us to develop an understanding of each character, lending a subtlety to their portrayal that I felt was intriguing.

Initially it takes a bit of time to establish the time-frame for each character. Mina, however, becomes stepmother to Lynet and it was lovely to see how they learn to trust themselves and each other.

I was a little unsure of my feelings towards this initially, but as the characters come into their own I was rooting for each and hoping for a better outcome than that which seemed inevitable. 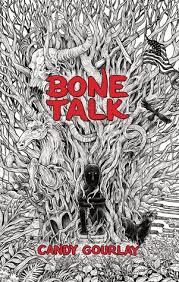 More than a hundred years ago, a boy named Samkad thinks he knows everything about the world. He knows the mountains he lives in. He knows his people. He knows his blood enemy, the Mangili. And he wants to become a man, to be given his own shield, spear and axe to fight with. His best friend, Luki, wants all the same things – but she is a girl, and no girl has ever become a warrior.
But everything changes when a new boy arrives in the village. He calls himself Samkad’s brother, yet he knows nothing of the ways of the mountain. And he brings news of a people called ‘Americans’, who are bringing war and destruction right to his home . . .

Another book that I picked up with little knowledge, other than it’s on the long-list for the Carnegie 2019 Award.

Gourlay talks of trying to bring to life her own Philippine history, and it is certainly a story that encourages us to walk in someone else’s shoes awhile and to consider the impact our presence might have on others.

A brief yet compelling read, which will certainly generate discussion about some of the issues covered. 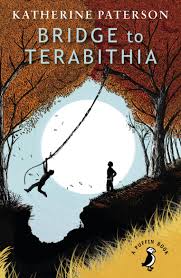 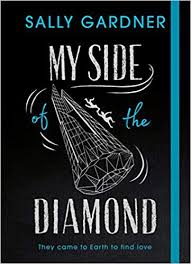 I picked this up as it’s on the 2019 Carnegie Longlist. It features aliens and mysterious events so isn’t typically the kind of book I’d go for.

Jazmine is trying to come to terms with the disappearance of her best friend, Becky. There’s no trace of her, but we learn she jumped off a tower and disappeared.

We dip into the past and present to try to learn the circumstances of what’s going on. We’re introduced to the friends, learn about their relationships and their keen interest in two other characters who seemingly disappeared after jumping from a tower.

This is not a particularly taxing read, and the story is not necessarily credible. However, it explores some interesting questions about humanity and what makes us as we are.

I’ll be interested to see if this makes the shortlisted titles.