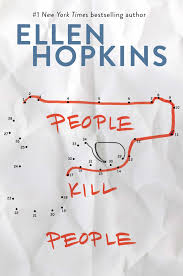 Whatever your views on gun ownership, the refrain ‘guns don’t kill people. People kill people’ won’t have passed you by. Of course, logically, we know that people are the ones who carry out the act, but it’s hard to dispute the idea that guns make it easier for someone to do something they might think twice about otherwise.

This contemporary read allows us insight into the lives of a lot of characters, each of whom has reason to be angry/to want to hurt people/to feel like they need the protection of a gun. We have a family grieving after a shooting; a young family finding their feet; White Supremacist supporters; a young man determined to take revenge on his old Scout Master and a young boy who’s made homeless after the death of his father, amongst others. These characters are connected, and all have things to fear/things they want to change.

Told partly in verse form, this will not appeal to everyone. There’s a deliberate attempt to personify the gun and lend it an element of seduction. With violence as the narrator, this book attempts to challenge the belief many Americans have that they should have the right to bear arms.

As someone who doesn’t share this belief, and who is appalled by the steady stream of horror we see after yet another shooting, I felt the way this was presented will certainly get people thinking. Ultimately, though, little changed and I don’t feel the key incident towards the end of the book will be enough to drastically change many views. Towards the end things felt rushed, and I felt certain stories were left too vague for my liking.

A simple message, but not one that really feels like it’s given with total conviction here. 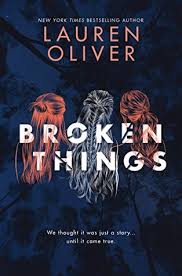 Lauren Oliver always manages to grip me with whatever she’s writing, but I found myself increasingly frustrated by this.

Brynn, Mia and Owen have spent the last five years of their lives being regarded with suspicion by everyone in their small town. They are regarded as suspects in the death of their best friend, Summer, who was found, stabbed, in a field in circumstances very similar to a story they wrote together. The facts have been told so many times that everyone thinks they know what happened. But we’re told to assume these facts are not the truth.

In varying states of upheaval, the three teens find themselves back in their small town as people prepare to commemorate Summer’s death. They are determined to uncover the truth – for themselves, as much as for their friend.

Initially, this made for a tense read as each has reason to doubt the other and we can see they’re all keeping secrets. Unfortunately I felt we suffered from just too many ‘red herrings’ and attempts to misdirect us. I can’t believe such crimes would go unnoticed or unpunished…and yet Oliver glosses over all the issues we might have with how such an event is handled. There’s some details that other reviewers have alluded to that are put in place to shock but a lack of preparation/background made me feel they offer little extra to aiding us in understanding the characters.

I really wanted this to keep the hold on me that it had at the beginning. Sadly, it didn’t and I found this very frustrating. 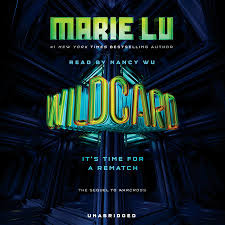 Second in the Warcross series this returns to some familiar themes while developing the story in a quite intriguing way.

Emika is not in a great place following the Warcross Championships. She feels she’s messed up some of the things that were good for her, but she is determined to do what she can to put things right.

Appalled by Hideo’s plans for his Neurolink, Emika finds herself caught up in a dangerous game to try to put things right. Though she takes huge risks to do this, it’s not always clear who’s acting out of the best of intentions and this makes for a tense and exciting read.

There’s a bit more focus on the technical stuff here, and we get some answers to the parts of book one that didn’t quite make sense. Emika surprised me with how far she was prepared to take things, but it built up to a cracking finale.

I couldn’t help but feel that the ending was slightly murky. Definitely shades of grey here, which makes me wonder if we’ll get more to this. I do hope so! 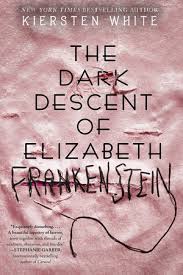 This won’t be to everyone’s tastes as it tells a story, but one we assume to be familiar with. Here we get the Frankenstein story told through the eyes of Elizabeth.

From her mistreated childhood to the moments the story focuses on we can see Elizabeth is a character forced into the roles dictated to her. She is at her fiercest/bravest when challenging these roles, and I liked the way this illuminates aspects of Shelley’s text while telling its own story.

We can see the role Elizabeth played in Victor Frankenstein and his experiments. We watch as she learns what he’s been doing and how she deals with the effects of these experiments.

A substantial part of the tale is like reading Frankenstein through another character’s eyes, but then we deviate from the expected. It doesn’t work fully, but it would certainly be a highly recommended read for anyone wanting to examine Shelley’s work with new eyes. 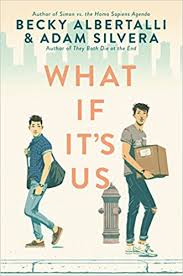 I wanted to wait for my physical copy, but NetGalley gave me an ARC and I couldn’t resist…so now I’ll get to read it again, soon.

This did not go where I wanted to, it didn’t do a lot of the things I hoped it would but I still fell for it hook, line and sinker.

When Arthur and Ben meet one day in New York, the chances of them seeing each other again are pretty slim. But where would the fun be in that?

Through a varied range of ingenious actions they find each other and have a date. It doesn’t work brilliantly, so they try again…and again. There’s lots of other factors impacting on their attempt to have a relationship, but they keep trying. Even when things are clearly heading into car-crash territory these two come out of things smelling of roses.

Every character in the story sparkles on the page, and this was a gooey lovely thing. For the most part. Not always – because nobody’s life could be that amazing – but it came fairly close.

Even the ending – which totally goes against what part of me really wanted to happen – was perfect. 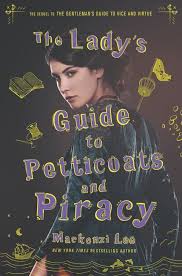 Felicity Montague…wish she’d been around when I was a teenager. Think I’m a little in love with this young woman!

Having survived some pretty risky situations she’s back, and throwing herself with gusto into things that nobody in their right mind would attempt.

When Felicity realises marriage to Callum the baker is not going to be for her she runs to London to stay with her brother, Monty. Determined to pursue her dreams she tries – again – to convince gentlemen in the medical establishment to permit her to study. Given the time she’s in, this doesn’t go well.

But a young woman, daughter of a pirate commander, offers to help her find her way to the home of old friend Johanna Hoffman who is about to marry Dr Alexander Platt.

Without giving away important plot details there’s more to the offer of help than we first think. Felicity gets herself embroiled in a risky chase to reclaim property belonging to Johanna’s late mother. She ends up closer to some of her dreams than she ever thought possible and things end in such a way that have me convinced there’s more to come. 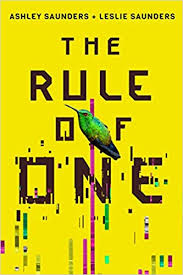 In the near-future United States, a one-child policy is ruthlessly enforced. Everyone follows the Rule of One. But Ava Goodwin, daughter of the head of the Texas Family Planning Division, has a secret—one her mother died to keep and her father has helped to hide for her entire life.

She has an identical twin sister, Mira.

Mira and Ava are the twin daughters of a high-ranking government official. Though they break the law daily, nothing about their behaviour suggests why this should be a problem. They play by their father’s rules and yet, very early on in the story, their secret is discovered.

With their father imprisoned and tortured for breaking the law the girls are forced to go on the run and rely on a network of sympathisers to support their attempts to challenge the status quo.

Told from alternating viewpoints we see the girls develop a very clear sense of their own identity and we observe how such a law might affect the world. Things aren’t perfectly resolved, but there’s a definite step in the right direction. 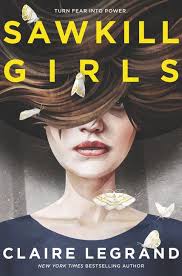 Sawkill Girls is something of a puzzling book. Touted as horror, when I got granted access to the opening chapters on NetGalley I was struck by what seemed to be a dark fairytale quality to the writing. Having just finished the book I am torn between being genuinely unnerved by the creature unleashed on Sawkill and fascinated by the tales told and the events depicted here.

Marion and her family arrive on the island and strange things are immediately obvious. There’s a connection to Val Mortimer and her family, and girls are regularly disappearing from the town. Nobody is sure what’s happening but there’s a dark energy to the place, and lots of very unusual occurrences.

The book was one that sucked me in. It had a few moments that got me uneasy, and the key relationship makes a lot more sense once we get to the end. It’s a genuinely tricky book to pin down but it is definitely one to recommend.