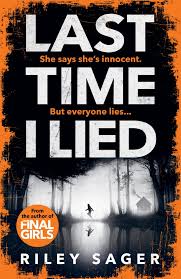 A complex multi-layered story that shifts from present to past seamlessly as we uncover the mystery surrounding Camp Nightingale.

15 years prior to our story, Emma was a camper at Camp Nightingale. Forced to room with older students she is taken under the wing of Vivian and her friends. For the short time she is at the camp Emma is intrigued by Vivian and her obsession with the game Two Truths and a Lie. There is something compelling about the girls’ need to twist the truth, and how they manipulate those around them to suit their needs and interests.

When our story begins Emma is a painter of some renown. She is well-known for a series of paintings. Unfortunately, this series is borne from Emma’s need to make sense of the events that happened many years earlier when the girls disappeared from the camp. She hints at hiding things and we are never entirely sure to what extent she may or may not have been involved in the disappearance of Vivian, Allison and  Natalie.

As we watch her return to camp to teach the students there, it’s clear that there are many secrets in this place. Emma gets caught up in a potentially deadly game as she tries to establish what happened. She wonders why there is a security camera trained on her dorm, who is watching her in the shower and what the hidden clues left by Vivian all those years ago may or may not mean.

The shifting time scale means we’re never certain who’s hiding what, or what piece of information has been left out. Slowly getting to know the girls was an intriguing process. It was an interesting idea to replicate the set-up with the girls in the present time. Using this derivative plot for the present makes perfect sense once we know a little more of what’s happening.

Personally I’d have liked to know a little more about exactly what prompted certain actions but the story was well-executed and I was never certain how much our narrator was to be trusted.

Thank you NetGalley for providing access to this. A great read. 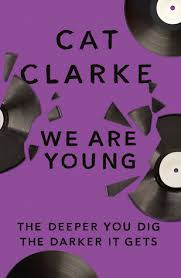 Another Cat Clarke success, but at a heavy cost. It’ll put you through the full range of emotions, but the messages are so important to be heard.

When Evan’s mum marries new partner Tim it should be a happy moment. But on the same night his son, Lewis, is involved in a car accident.

Three teens die and Lewis is in a coma. Rumours about the crash are rife, and people are curious about why four people who don’t know each other were together.

With the help of friends, her father and a bit of luck, Evan decides to pursue the truth behind the rumours and find out what really happened. Along the way she has some issues of her own to deal with, and gets to expose her new step-father’s controlling behaviour before things get too bad.

There’s a lot going on, and there were times everything felt rather too easily resolved. That aside, there’s definitely plenty to think about here.

Thanks to NetGalley for allowing me to read this in exchange for my thoughts. 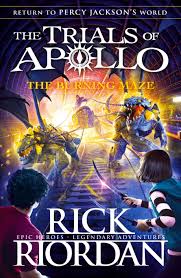 The formerly glorious god Apollo, cast down to earth in punishment by Zeus, is now an awkward mortal teenager named Lester Papadopoulos. In order to regain his place on Mount Olympus, Lester must restore five Oracles that have gone dark. But he has to achieve this impossible task without having any godly powers and while being duty-bound to a confounding young daughter of Demeter named Meg. Thanks a lot, Dad.

With the help of some demigod friends, Lester managed to survive his first two trials, one at Camp Half-Blood, and one in Indianapolis, where Meg received the Dark Prophecy. The words she uttered while seated on the Throne of Memory revealed that an evil triumvirate of Roman emperors plans to attack Camp Jupiter. While Leo flies ahead on Festus to warn the Roman camp, Lester and Meg must go through the Labyrinth to find the third emperor—and an Oracle who speaks in word puzzles—somewhere in the American Southwest. There is one glimmer of hope in the gloom-filled prophecy: The cloven guide alone the way does know. They will have a satyr companion, and Meg knows just who to call upon. . . .

Accompanied by Meg and the amazing Grover – and a few more friendly faces – Lester is continuing his quest.
Without giving away too many details, our intrepid characters find themselves facing a lot of mythical creatures, tangling with gods, challenged by a labyrinth and desperately trying to avoid being killed by a particularly unpleasant Roman emperor and those working for him.
From the beginning we have what we’ve come to expect. While I laughed out loud at moments, there was a growing awareness from Apollo of humanity and what it means.
Can’t wait for the next instalment! 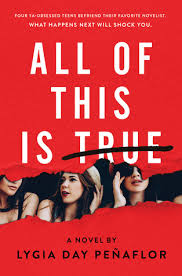 A group of teens go to a book signing and end up being befriended by the author. They are given unlimited access to her home and time, and she seems genuinely interested in getting to know them. Except, then her latest book is published and it is – in fact – the story of their lives.

The book idea itself was fascinating. I liked the inclusion of excerpts from the fictional book. Unfortunately, the group of teens were not particularly interesting characters. They had potential to be, but they were focused on in relation to the fictional book so we don’t see much beyond the surface.

Stylistically it feels choppy. We cut from interview to interview, to messages, to novel excerpts and it’s difficult to get a sense of quite where it’s going. It always felt like we were second guessing events/characters and those I’d really like to have heard from were not given a voice.

An intriguing idea, but one which didn’t quite come together for me. 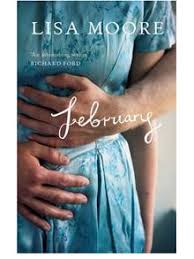 In 1982, the oil rig Ocean Ranger sank off the coast of Newfoundland during a Valentine’s Day storm. All eighty-four men aboard died. February is the story of Helen O’Mara, one of those left behind when her husband, Cal, drowns on the rig. It begins in the present-day, more than twenty-five years later, but spirals back again and again to the “February” that persists in Helen’s mind and heart.

In ‘February’ we follow Helen at various points in her life, but the whole story seems to pivot on the moment of the rig collapsing.

We see her in the present, in her role as grandmother, as a young woman and as a wife whose husband is one of the many killed when the oil rig he is working on collapses.

At times, the story felt like rummaging through one of those memory boxes. Some recollections were more vivid than others – and it was only Helen and her son, John, who really felt clearly portrayed – but the events recollected combine to form a picture of one woman and her life.

What was evident throughout this story is that Helen is not, in many ways, a remarkable woman. She lives her life and deals with what life throws at her with stoicism, but throughout we are given a picture of resilience and strength.

This is not a fast-moving story, rather ideas are unravelled and we slowly come to understand this character. 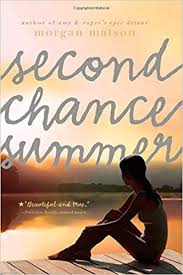 Having lost a relative to this illness only a few months ago, there was always going to be an emotional investment in this for me.
Taylor is having to spend the summer with her family after they learn her father has pancreatic cancer. Setting aside the inevitable turmoil she feels at coping with such an event, Taylor also has unfinished business at the resort and this bothers her.
To cut a long story short, the novel is set in summer and nearly every interaction between Taylor and other characters links to the idea of second chances in some way.
The story allows us to take pleasure in the small moments, those moments it’s too easy to take for granted until you no longer have them. Matson explores the physical impact of illness with sensitivity and there were some genuinely moving moments (even if you’ve not been in a similar situation).
Alongside this we have Taylor learning to deal with her emotions and friendships. The romance is not overdone, and the growth Taylor experiences as a character felt realistic in its portrayal.
All in all, one of those books that got me far more emotionally invested than I was expecting.
Skip to toolbar