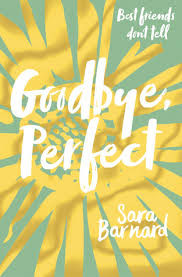 Not due for release until early 2018, I am grateful to NetGalley for allowing me to read this prior to publication, although I can see it being a book that will split opinion.
Let’s deal with the elephant in the room first of all…this book focuses on a teacher/student relationship which means it is not ever going to be an easy book to recommend. Though we learn about Bonnie’s relationship through her friend, Eden, there’s no escaping the fact that we’re likely to judge things even before we start reading. I can’t see my way past this, and think the subject will put a lot of readers off without them picking up the book. This would be a shame as I felt the book was more about Eden and her growing character.
‘Goodbye, Perfect’ opens with Eden finding out that her best friend has run away. There’s been some talk of an older boyfriend, but Bonnie hasn’t shared details and this struck me as odd. If you are best friends, the only reason you don’t want to tell someone about it is because you know there’s something inappropriate. Very quickly, Eden learns that this mysterious boyfriend is actually the girls’ music teacher. From this point on we’re in strange territory.
Eden has always been the friend most likely to cause trouble. Adopted as a young child, Eden has made her share of mistakes. Perfect she is not. But her best friend, Bonnie, fits the stereotype of perfect pupil. Straight A student, head girl, positive…we get the idea. So, is Bonnie a victim of grooming or a deluded teen desperate to break free from the constraints and expectations placed upon her?
Barnard takes us through the process of investigating Bonnie’s disappearance. We see a little of how the police work and we are encouraged to consider behaviour of adults and those in authority as Eden and those left behind try to come to terms with what has happened. We are offered numerous reasons to try to explain why Bonnie might have fallen for her music teacher. However, because we are never given the view of those involved directly it is difficult to feel we are being given a satisfactory reason for these events to have happened.
The initial part of the book seemed rather slow if I’m being honest. As a reader, I felt I’d already decided there was nothing to justify what was happening and it frustrated me that Eden didn’t immediately try to take the course of action I would have hoped for. However, I really enjoyed seeing the growth in this rather prickly young woman as she comes to realise what’s important to her, and overcomes her own barriers to try and forge her own life. The latter part of the book picked up the pace and became a story that will certainly engage readers. 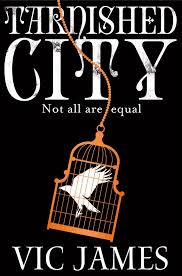 Thank you to NetGalley for authorising me to read this. Number two in the series is another cracker, though there are signs that things are changing (and not always for the better).

I admit to being a little scared I would have forgotten details, as it felt a long time since I’d read book one. However, I felt I was quickly taken back to the world and didn’t feel too many details were missing from my mind.

There is a lot of alternating between Luke and Abi following the events of Gilded Cage. Neither is in a good place, but they at least have something to fight for. The Equals we observe are also in pretty dire situations, but some have more of a chance of escape than others.

I felt Tarnished Cage was bold in its attempts to explore the more morally dubious characters. I can’t say I liked many of the characters/ideas we come across, but James portrays them with skill. It was interesting to see their motivation, but there’s still an awful lot we’re not being told.

In many ways this was bleaker than Gilded Cage, but I got a sense of how events were moving on. I’m very excited to see where we go in the final part of the trilogy. 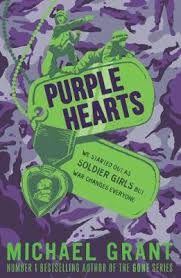 Hats off to you, Michael Grant, for writing what I hope will become a must-read trilogy for anyone.

I’ve just finished this surrounded by articles in today’s press about the furore over whether or not to wear a poppy in remembrance of those who fought in war. From this remoteness, even though we can read of atrocities committed throughout the world at the touch of a button, it’s all too easy to forget about the sacrifices of those who went to war. We should never forget.

In this final instalment of the trilogy we follow our favourites Rainy, Rio and Frangie through the last push. We focus on battles that might sound familiar, but the details we’re given here vividly bring the events to life.

At times this was hard to read. Senseless brutality, questionable moral decisions being taken and a no-holds barred account of what happened. Some of it may have been imagined, and some of it may have been far worse. But it’s important not to ignore…how else will you encourage people to stand up for what is right?

Thank you NetGalley for granting me access to this prior to publication (scheduled for January 2018). It was a privilege to read…and I’ve pre-ordered my physical copy. 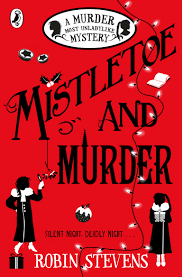 Daisy Wells and Hazel Wong return…and I can’t fault it. I’ve got rather a soft spot for these two, and i’m pleased to say that Mistletoe and Murder offers more of what I love about this series. This time the girls go to spend Christmas with Daisy’s brother, Bertie. Unfortunately, the girls’ habit for getting involved in murder and mayhem continues apace as they find themselves embroiled in another investigation.

The relationship between the two is somewhat akin to Holmes and Watson, and there’s a certain charm in the recreation of 1930’s Cambridge. I also admit to having a bit of a soft spot for the Christmas setting which creates a fairly cosy feel for a book involving a number of deaths.

In case you hadn’t grasped this yet, I love these books and this is yet another great addition to the series. I liked the involvement of our second Society, though I fear Alex and George’s involvement is going to cause issues later.