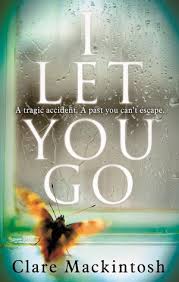 This is, definitely, a book that you want to know nothing else about – other than what is given in the blurb – before you read it.

The opening description of the accident that changes Jenna Gray’s life is heart-wrenching. I was so immersed in the book that the ‘astonishing twist’ referred to on the cover took me totally by surprise and I had to go back and re-read a section as I thought I’d missed something. Once I realised I hadn’t, I was gripped and desperate to find out just what was going on!

Sometimes a book comes along that you want to devour. This was one of those books. 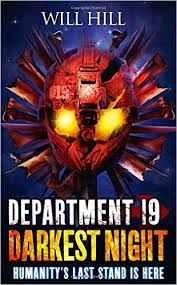 As a fan of this series, I knew I wasn’t going to be disappointed by the concluding book.

Zero Hour has passed, Dracula is at full strength and the inevitable fight draws closer. The operatives within Department 19 are all facing their own battles, but they have to draw together in order to save humanity. The Blacklight Operatives are exhausted. The general public have discovered the truth about vampires, and there remains the small matter of what to do about the first vampire. Graphic violence and genuinely tense scenes.

At more than one point in the book I had my hand in my mouth…and, at more than one point (don’t worry, no spoilers) I was wiping away the tears. I can’t reveal my favourite parts without giving details away, but for those who’ve followed the series this is a fitting conclusion. A genuine must-read!

I would have got a copy of this somehow, but I was very grateful to Netgalley for approving my request… 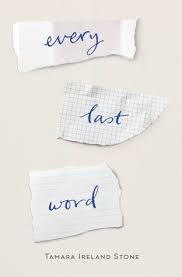 I received a digital copy of this from Netgalley, and I am so pleased that I did.

Sam is 16, a fantastic swimmer and part of a popular group of girls. It might sound like a perfect life, but she also has a secret. Sam has Purely-Obsessional OCD, and her life is ruled by the fear of anyone other than her family finding out.

I’ve only just finished this, and my feelings towards it are quite raw.

It was beautiful, and for so many different reasons. I loved the portrayal of a character finding their way and managing their condition. The focus on words and poetry was always going to appeal, but I wasn’t prepared for how moving some of the poems were. I loved the insight into the patient/therapist relationship, and I’d have to be pretty callous not to be affected by the character of AJ.

All in all, a book I would love to read again. It has already been recommended to a couple of students, and I will certainly suggest it should be in our school library. 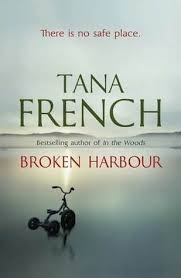 I had been introduced to this author by a colleague in work. ‘Faithful Place’ intrigued me and was certainly an enjoyable foray into crime writing. The blurb for this gave little away, but I was hooked by the idea that someone who was murdered would have, even inadvertently, done something to ‘invite it in’.

I couldn’t resist checking out reviews on Amazon, and I’m not giving anything away to reveal that the novel opens with the deaths of two children and their father being discovered, and their mother being taken to intensive care. What follows is a detailed and thorough account of the investigation into the murder case by Scorcher Kennedy, Dublin’s star detective.

From the opening pages I felt like I trusted our narrator; he was a character that I wanted to do well. He was not without his flaws, and the effects on him and his personal life of the investigation were compelling reading.

I was less sure about his partner, rookie Richie Curran, but I felt the developing relationship between the two men was engaging, and allowed French to explain some of the procedure involved in the investigation without patronising us. At times the total immersion into the experience was far from comfortable, but I could not put the book down. Once it became clear that there were two suspects, neither of whom seemed completely plausible, I was desperately trying to work out what had happened. I didn’t come close!